How Is Your State Doing? In keeping with the mission to protect the health and welfare of the residents in skilled nursing facilities, one role of the Office of Inspector General (OIG) is to analyze nursing home complaint and investigations data and identify trends in the State Department of Health’s response to the complaints.

As long term care therapy professionals, we understand that the complaint process is a critical safeguard to protect vulnerable nursing home residents. The Centers for Medicare & Medicaid Services (CMS) relies upon each State’s survey agency to respond to health and safety concerns raised by residents, their families, and nursing home staff. State agencies must investigate the most serious complaints on-site within certain time frames. In past years, OIG has found that some States did not investigate the most serious complaints timely, and sometimes did not investigate the complaint….at all!   [View older OIG reports here].

Click to See Details for Each State in Alphabetical Order

How many complaints did your State have? 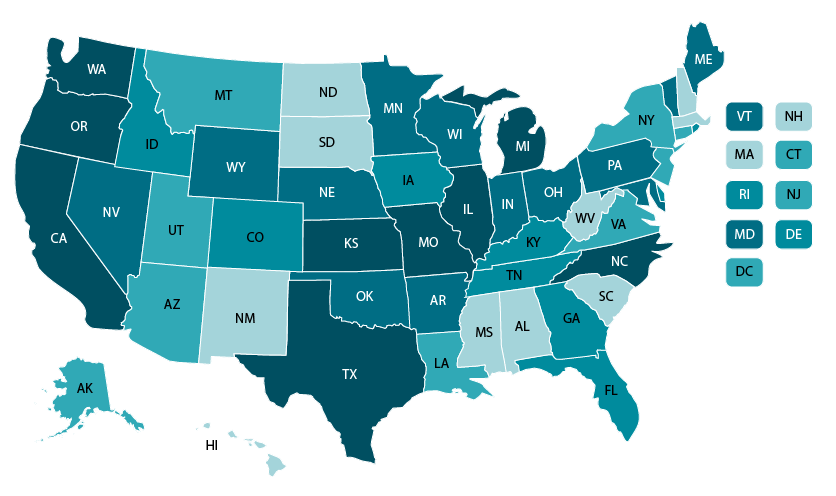 Legend: Rate of Complaints per 1,000 Nursing Home Residents by State in 2018

Below is a visual of the total number of nursing home complaints received from 2016 to 2018 for all States combined. {Not a favorable trend!} 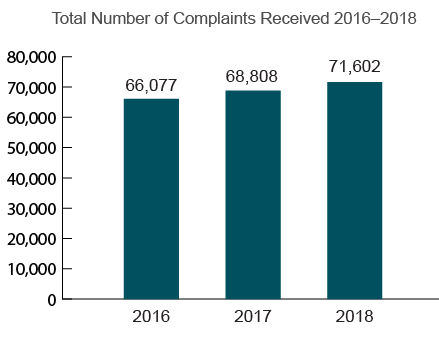 *9 immediate jeopardy complaints were not conducted between 2016 and 2018

Immediate jeopardy complaints allege a situation that indicates that there continues to be an immediate risk of serious injury, harm, impairment, or death to a resident.

Non-Immediate Jeopardy – High (High Priority) complaints allege a situation in which the provider’s non-compliance with one or more Federal requirements may have caused harm that negatively impacts the individual’s mental, physical, and/or psychosocial status and are of such consequence to the person’s well-being that a rapid response by the State survey agency is indicated.

As therapy professionals caring for one of the most vulnerable populations, it is vital to continue to report health and safety concerns, as warranted, to each State Department of Health. This can be done either by hotline call, direct reporting or communication with State Surveyors while on-site for survey. Each facility should have a specific policy on reporting, though this does not prevent professionals from reporting to State agencies directly. State agencies are required to start an on-site investigation within 2 business days for immediate jeopardy complaints, and within 10 business days for non-immediate jeopardy-high-priority complaints.

OIG will continue to monitor trends and examine CMS’s oversight of State Survey Agencies to ensure complaints are addressed appropriately. For more information, visit the OIG homepage and the source document for the information above.

If you have any questions about the information above, Just Ask!